The festival began as a way to honor the famous 1950 Trent sighting in which two local citizens witnessed and photographed a UFO, said to be some of the most credible images of UFOs to date.

Isn’t it funny how life can change radically in just a few moments? Something that initially seems innocent and banal can spiral out of control, rapidly take on a life of its own and have major impact on a national and even international level. This very sort of thing happened in a big way here locally to a humble rural family outside of McMinnville, Oregon, just over 50 years ago. A simple chore that usually seemed uneventful became, in just a few chaotic seconds, a life-transforming experience, and a pair of snapshots would vault onto the world scene, forever altering the debate surrounding the search for extraterrestrial life and UFOs.

By now, some of you are familiar with the fantastic story surrounding the now famous photos captured on a farm outside of McMinnville. If you require a refresher, here are the important details: Around 7:30 at night on Thursday, May 11, 1950, Evelyn Trent went out to feed her chickens and rabbits behind the farmhouse where she and her husband Paul lived. The animals, as she tells it, gave no indication of any sort of disturbance. While attending to her chores, Evelyn was astonished to see a large, metallic-looking, disc-shaped object hovering silently in the sky a little to the northeast of their farm. She ran towards the house to fetch her husband Paul, while yelling for him to grab the camera. For a short time the two scrambled around looking for their trusty folding Kodak Roamer, then they both ran back outside... 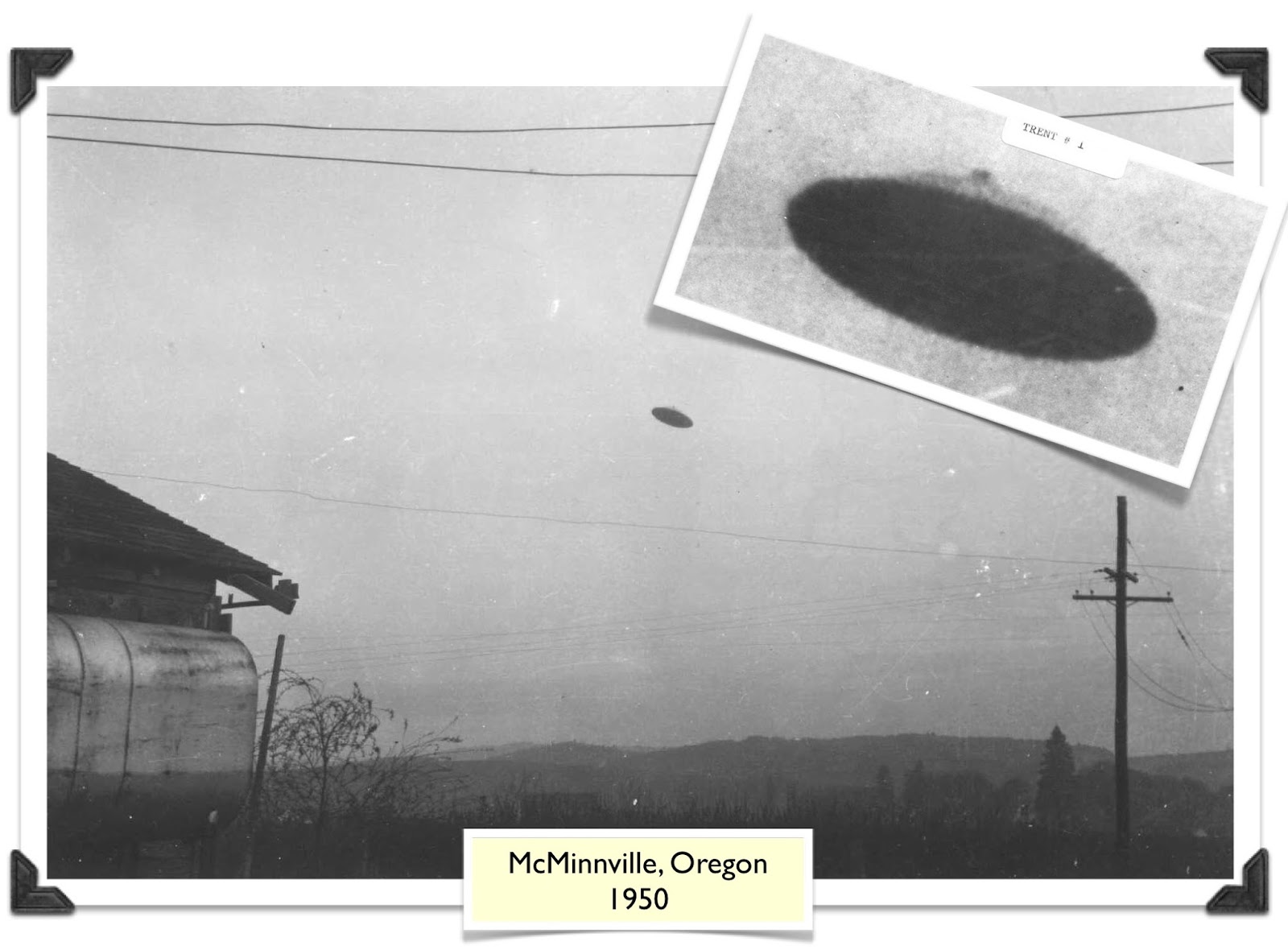 >> Read more in this detailed history of the Trent sightings