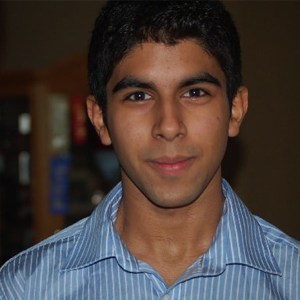 As the CEO of ReactiveQ, 23-year-old physicist Deep Prasad is working with the world’s first quantum computers in order to help build the infrastructure that will support the next decade’s worth of quantum technologies. His goal is to save humanity hundreds of billions of research hours in developing the next generation of photovoltaics, superconductors and metamaterials. ReactiveQ is currently working with engineers from Lockheed Martin, Tesla, Volkswagen, and NASA.

In addition to being a young star of innovative technology, Prasad is also an avid UFO advocate, though that wasn’t always the case. With the exception of a brief fascination with crop circles as a kid, Prasad spent most of his life as a UFO skeptic. But in 2017, when ex-Pentagon officials began claiming that UFOs were real and the Advanced Aerospace Threat Identification Program articles were released, Prasad took notice. The idea of extraterrestrial peoples advanced enough to reach Earth is the most intriguing concept he can imagine, given his desire to build the most sci-fi possible world. Prasad wants to learn how UFOs work, replicate the technology, and then improve the design in ways that even the aliens would appreciate.

Through his endeavors at ReactiveQ, Prasad intends to be at the center of technological breakthroughs brought to humanity through terrestrial and extraterrestrial endeavors. He wants to create technology to enable the companies that are building replicators, interstellar craft and immortality technology.

Prasad was named one of Toronto’s Top 20 under 20 in 2015. He graduated in 2018 from the University of Toronto with a degree in industrial engineering. In addition to his role as CEO of ReactiveQ, Prasad is also the vice president of technology for UAP (Unidentified Aerial Phenomenon) Expeditions, a nonprofit dedicated to the search for extraterrestrial intelligence. In that position, Prasad has the unique challenge of identifying as well as developing technologies capable of detecting and tracking aerial phenomena well beyond the threshold of known science and engineering.