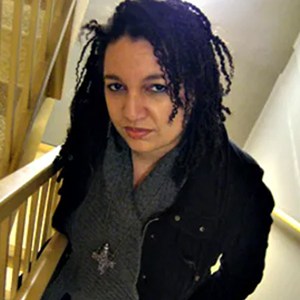 Dark Becomes Light podcaster Heidi Hollis is a unique, sometimes humorous voice in the world of the paranormal. She has written about the Shadow People® and The Hat Man®, giving them both the names that describe these dark menaces that she says interrupt lives around the globe. Hollis takes them on in her book The Secret War, which details her personal story with Shadow People and the ways in which positive and negative alien beings are connected to them. But she is not just a “spooky writer;” in fact, her book, Jesus Is No Joke, is based on personal encounters with Jesus and visits to Heaven and Hell.

Hollis has been featured on television and radio programs, notably The Unexplained Files, Beyond Belief, The Science Channel, TBS, Steven Spielberg’s  “Taken” Tour, Coast to Coast AM with George Noory, Telemundo and Discovery Channel’s Mystery Hunters.