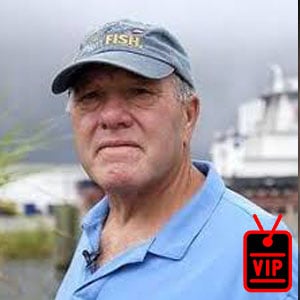 The Closest Encounters: The Experiences of a Multiple Abductee

You’ve heard of infamous alien abductee (and previous UFO Festival guest) Travis Walton, right? This year, hear from Calvin Parker, a man who survived multiple abductions that were every bit as significant and terrifying.

On October 11, 1973, 19 year-old Calvin Parker and friend, 42 year-old Charles Hickson, were spending a frustrating evening fishing on the Pascagoula River in Mississippi. Both men loved to fish but tonight’s fishing trip would turn out to be one they would never forget, for a most unexpected reason. In the early evening both men were startled when a strange craft descended in the sky and hovered a few feet above the ground, just a few yards from them. Before they had a chance to run, an opening appeared in this craft and out ‘floated’ three humanoid creatures. Both men were absolutely stricken with fear when these creatures grabbed them and took them aboard the craft. There, both men were subjected to an examination and at one point they believed they were about to die. Minutes later both Parker and Hickson were deposited back on the riverbank and the craft departed. The two terrified men took off in their car and eventually found a telephone booth and called the local sheriff. A short time later, they were interviewed at the sheriff’s office, and told the details of their close encounter and abduction by these strange creatures. The next day, all hell broke loose as the press descended on this unsuspecting Mississippi town.

Calvin Parker, seriously disturbed by these events, largely remained in the background for decades, without detailing the full account of what happened that night, how it affected him and his life, and other close encounters he has experienced in more recent years, including a traumatic, violent incident aboard an alien craft in 1993.

Only recently has he begun to share what he witnessed, writing books about the unbelievable abduction experiences. And he continues to research and track down other eyewitnesses of that first 1973 close encounter, turning up a ‘smoking gun’ document known as the ‘puncture wound’ that seems to confirm that both Hickson and Parker were ‘injected’ that night by the creatures that abducted them. In addition, Calvin underwent hypnosis several times, the first occurring just three days after the initial 1973 encounter. A second hypnosis session was done with revered UFO hypnotherapist Budd Hopkins in 1993, and the third hypnosis session took place on September 14th, 2019. Conducted by Kathleen Marden, a well-respected ufologist, who has presented at UFO Fest multiple times, this session documented Calvin’s terrifying experiences from his 1993 abduction.

Calvin Parker, now retired, previously worked on oil rigs in different parts of the world, and at other times was a ship builder and construction worker. More recently he has become the best-selling author of Pascagoula: The Closest Encounter and the follow-up Pascagoula: The Story Continues. Consequently, Calvin has ventured into the world of UFO conventions, radio and TV interviews, etc… and despite everything, he still remains a keen fisherman.

**Please Note: No pets allowed in the McMinnville Community Center. Service animals only.**