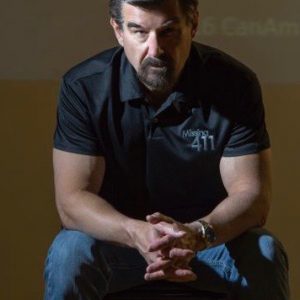 David Paulides is widely known for his work with missing persons cases – notably, those that indicate possible alien intervention. To date, he and the research team he formed have reviewed more than 5,000 cases. David has published eight best-selling Missing 411 books about missing persons investigations in various regions of the country. His findings reveal geographical clusters that sometimes suggest UFO abductions.

His investigations and findings are the subject of Missing 411: The Movie, hailed by one critic as “the best documentary of 2017.” Most recently, David was executive producer of a two-hour special about his work entitled Vanished, which aired in January 2019 on the History Channel. Presently, he is the director of the CanAm Missing Project (www.canammissing.com).

David has been on countless radio and television shows and delivered his missing person presentation at MUFON chapters across the United States and Australia.

David lives in Denver, CO, holds two degrees from the University of San Francisco, worked in law enforcement for 20 years and holds senior executive positions in the technology sector.