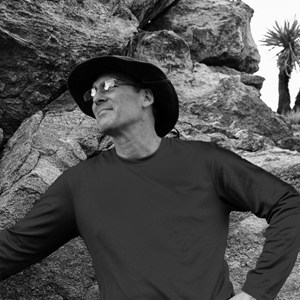 Filmmaker Daniel Myrick (The Blair Witch Project, Skyman) is a native of Sarasota, FL, where his appreciation for the visual arts continually evolved. Over the years, Myrick worked in the fields of freelance art and photography and was eventually accepted into the inaugural University of Central Florida film program.

Not long after graduating with his bachelor’s degree, Myrick teamed up with former film school graduates to create the iconic indie-film sensation, The Blair Witch Project (1999), for which he was co-writer/director. Considered a seminal work in low-budget filmmaking, as well as being one of the highest grossing films in history, Blair Witch ushered in a new methodology of production and grassroots marketing that is still in use today.

Recognizing the web’s storytelling potential, Myrick was also responsible for producing one of the first online scripted series back in 2007 entitled, The Strand, starring Kathrine Helmond and James Morrison, with a featured appearance by Kevin Smith. This trailblazing dramatic series was met with rave reviews, as it was featured on the KoldCast network.

Myrick went on to write and direct the sci-fi thriller The Objective, shot in Morocco using current and former military personnel for most of the cast. It was soon accepted by the prestigious TriBeCa Film Festival for its worldwide premiere, eventually being picked up by IFC films. It’s considered “required viewing” by many in the Special Forces community due to its authentic portrayal of military combat and tactics.

More recently, Myrick wrote and directed Under the Bed, a Hitchcockian thriller shot in Salt Lake City, starring Hannah New (Black Sails) and Beverly D’Angelo (Vacation) in partnership with Radar Pictures and Appian Way. It premiered on A&E/Lifetime and a sequel is in the works.

Myrick’s latest feature project is Skyman, a sci-fi/docudrama about a man who claims he was visited by an alien when he was 10 years old and, as an adult, is convinced that this alien will be returning. The film documents his journey.

Myrick is CEO of Gang of Robots, Inc., a California media production company currently developing several online, television and feature projects that cover a wide variety of genres. Myrick has also been heavily involved with other filmmakers in assisting their careers both as executive producer, consultant and providing postproduction services.